Texas Instruments (TI) has claimed the industry’s most accurate 3D Hall-effect position sensor with the introduction of the TMAG5170. The sensor delivers uncalibrated ultra-high precision at speeds up to 20 kSPS for faster and more accurate real-time control in factory automation and motor-drive applications. 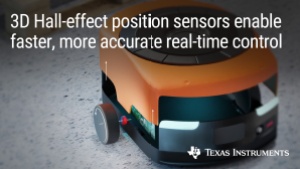 The TMAG5170 is the first device in TI’s new family of 3D Hall-effect position sensors that are designed to meet a range of industrial requirements from ultra-high performance to general purpose. It is reported to be the industry’s first 3D Hall-effect position sensor to provide a low 2.6% full-scale total error at room temperature. It also claims best-in-class drift of 3% total error – 30% lower than the next closest competitor – along with at least 35% lower error than comparable devices in the presence of a cross-axis field.

Together, these features eliminate the need for end-of-line calibration and off-chip error compensation, while simplifying system design and manufacturing, said TI. For faster, more accurate real-time control, the sensor supports measurements as high as 20 kSPS for low-latency throughput of high-speed mechanical motion. 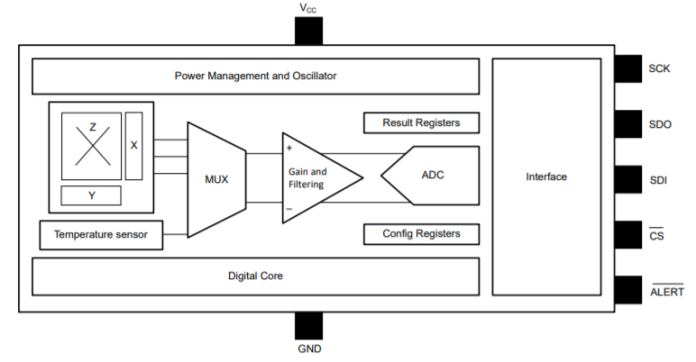 The TMAG5170 eliminates the need for off-chip computation and enables flexible sensor and magnet orientations thanks to integrated features such as an angle calculation engine, measurement averaging, and gain and offset compensation. The benefits of these features include faster control loops, reduced system latency, and simpler software development, regardless of sensor placement, said the company.

In addition, the integrated computation functions reduce the system’s processor load by as much as 25%. TI said this allows the use of general-purpose microcontrollers (MCUs) such as TI’s low-power MSP430 MCUs to minimize overall system cost.

The sensor’s smart diagnostic capabilities include checks for communication, continuity, and internal signal path as well as configurable diagnostics for the external power supply, magnetic field and system temperature. This allows engineers to customize a safety scheme at both the chip and system level for long-term reliability and lower design costs.