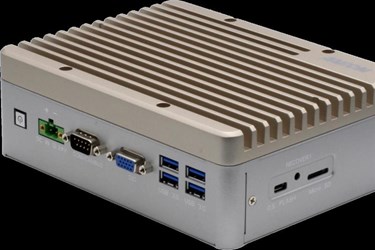 All systems which ship with the NVIDIA Ubuntu image will also come with Jetpack 4.5 preinstalled. This provides access to the latest drivers and toolkits to fully leverage the NVIDIA Jetson ecosystem out of the box, with no additional setup needed.

AAEON also said that it will continue to support clients who prefer using the AC Linux OS with Jetpack 4.4 by providing both operating systems as separate part numbers when ordering – enabling developers and clients to choose the OS and user interface they prefer.

Recommended by NVIDIA, Secureboot helps protect clients and end users from having their data stolen or copied by utilising an encrypted secure key placed into the OS image and on the carrier board itself. This prevents the system from running should a hacker modify OS kernels, and also prevents the OS image from being copied to and run on unauthorised hardware.

Amongst other OS and firmware level software customisation services for developers and customers is boot loader customisation, which enables booting from storage media other than the on-board eMMC storage – microSD cards or SATA drives, for example – and OS customisation which allows clients to use their own boot screen logos or change OS functions. Driver porting for third-party expansion modules is also offered, for Wi-Fi and 4G expansion, for example.