At an event in China late last month Arm China is said to have launched itself as an independent company licensing Arm cores alongside ‘XPU’ cores which were developed locally and which will not  generate revenues for Arm, reports Dylan Patel writing for SemiAnalysis. 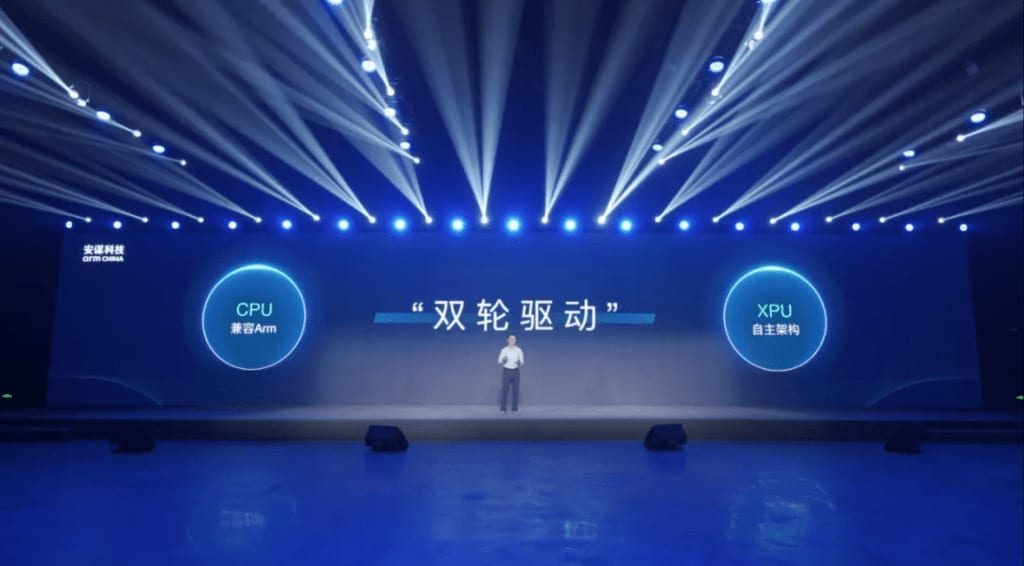 The company’s name is said to be 安谋科技 which translates as Amou Technology. The XPU  cores are said to be being marketed as ‘’PowerCores’.

It was claimed at the launch that Amou Technology’s 90 licensees, of which 29 are in volume production, had shipped 20 billion chips based on IP developed in China where it has 400 employees engaged in R&D.

The prime mover in all this is Allen Wu, the sacked Chairman of Arm China, who refuses to leave and who, as the holder of the company seal, is the only person able to make decisions for Arm China (or Amou Technology).

The threat to Arm is that Arm China/Amou Technology may hijack Arm’s second biggest market.

The events may also cast a shadow over Nvidia’s attempt to buy Arm.

After SoftBank bought Arm, it sold 51% of Arm China to a consortium of Chinese investors.

Arm says “both the structure and ownership of the JV remains unchanged since its inception in 2018.”