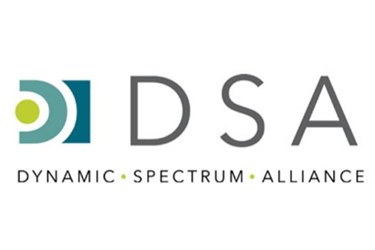 A report from the Dynamic Spectrum Alliance (DSA), together with Broadcom, Cisco, Facebook, Google, Hewlett Packard Enterprise, Intel and Microsoft is calling on countries to adopt license-exempt access to the entire 6 GHz band.

The reports says that such a move would help to improve the economy, address the digital divide, and accelerate technical innovation.

“Wi-Fi 6E technology is ready now and the benefits from enabling license-exempt access to 1200 MHz in the 6 GHz band will have an immediate impact in countries worldwide,” said Martha Suarez, President of the DSA. “Global momentum towards opening the 6 GHz band for license-exempt RLAN technology has been exploding. The 5925-7125 MHz band has opened in Brazil, the Republic of Korea, the United States, Saudi Arabia, Peru and Canada, with more countries in the process of following suit.”

The report finds that regulators globally have reached a remarkable and swift consensus with 6 GHz regulatory decisions covering nearly 54% of the global GDP, and nearly 42% of GDP having opened or proposed opening the full 6 GHz band to license-exempt use. This is happening in part because governments have recognised the key role that broadband connectivity plays for the lives of citizens, the state of their economies, and in supporting national broadband connectivity deployments.

Allocating the entire 6 GHz band to license-exempt use would provide important economic benefits, according to the report. The Wi-Fi Alliance has conducted exhaustive studies with Telecom Advisory Services of the impact of Wi-Fi on global and national economies, concluding that globally, assuming regulators open the full 6 GHz band to Wi-Fi, the $3.3 trillion in Wi-Fi value to the world’s economy in 2021 will rise to $4.9 trillion in 2025.

As applications become more bandwidth intensive and connected devices with increasing data demands continue to proliferate, the sustainability of digital ecosystems relies on license-exempt technologies such as Wi-Fi. At the same time, fixed and mobile broadband networks continue to get faster and more data hungry with the evolution of fibre as well as the transition from 4G to 5G.