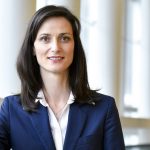 35 companies including  Blablacar, FacilityLive, Cabifyon, Adyen, Collibra and Supercell are  expected to participate.

The companies are expected to argue that  a European fund would allow startups to stay independently European instead of getting bought by US companies.

“This presents a risk to growth, jobs and Europe’s influence in key strategic areas,” they say in a policy document.

If they succeed in getting the fund established, they have another in the pipeline – The European Sovereign Green Fund.

It is envisaged that the tech fund would combine public and private money and would take long-term equity stakes in EU companies.