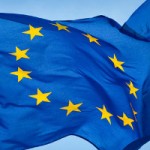 The expected decision follows the EU’s reported rejection of concessions offered by Nvidia.

The UK government has also put the deal into an extended investigatory process.

With Nvidia being a major Arm customer, the concern is that Arm’s policy of treating all customers the same would be prejudiced by the deal.

A proposed alternative to the sale is an IPO – an outcome originally planned by Arm’s owner Softbank before Nvidia made its bid.