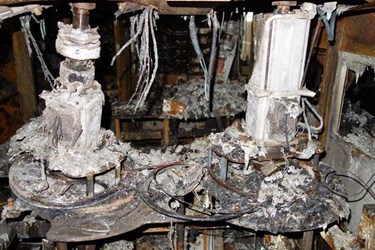 Renesas has reported that a major fire at one of its factories in Japan could have a “massive impact” on its ability to fulfil orders.

The news comes as a growing shortage of chips is having a severe impact on supplies reaching the automotive industry. Volkswagen has warned that the current chip scarcity could last well into the autumn.

The company said that, as a consequence, some of its plants would likely have to run fewer shifts a day, but that total factory shutdowns could probably be averted.

Volvo has also said that the global shortage of semiconductors would have a substantial impact on its production in the second quarter of this year.

In a statement the company warned that it would be implementing ‘stop days’ across its global truck manufacturing operations, while the global shortage of chips was expected to impact the group’s other business areas.

In a statement, Volvo said, “Visibility into the global supply chain of semiconductors as well as other components is currently very low and the uncertainty about the development is high.”

The blaze at the Renesas facility took place last week and was caused, according to the company, by a plating tank catching fire as a result of an electrical “overcurrent”. It took fire fighters more than five hours to put out.

The fabrication plant affected is based in the city of Naka, and specialises in 300mm wafers, making it one of the company’s most advanced facilities.

While Renesas said that no one was injured, 11 of its manufacturing equipment units were damaged. Because the fire took place in a ‘clean room’ restarting production is expected to take significantly longer than if the fire had occurred elsewhere in the facility.

Renesas said that the majority of the products manufactured could be manufactured elsewhere, in theory. However, due to the wider supply shortfall that would be more that difficult to achieve in practice.

According to sources the company is hoping to restart production in a month, although unconfirmed reports suggest it could take up to 3 months.

The news comes at a time when the supply of semiconductors has been under pressure caused by the coronavirus pandemic impacting orders for components, US trade restrictions affecting supplies and leading to Chinese companies stockpiling, along with the closure of several chip-manufacturing plants recently in Texas, caused by exceptionally cold weather conditions.