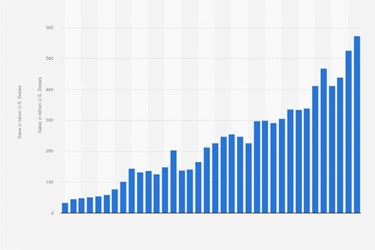 That represents a an increase of 29% over July 2020 and is up 2.1% on June 2021. Monthly sales are compiled by the World Semiconductor Trade Statistics (WSTS) organisation and represent a three-month moving average.

SIA represents 98% of the U.S. semiconductor industry by revenue and nearly two-thirds of non-U.S. chip firms.