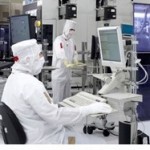 Globalfoundries is moving its HQ from Santa Clara California to Malta, New York.

GloFo has invested more than $15 billion in its Fab 8 Malta fab over the last decade.

In 2021, the company is doubling its planned investment to expand global capacity, with $500 million targeted for Malta, NY alone.

“I would like to thank Senator Schumer for his steadfast support for GF over the years and his tireless leadership in forging a bipartisan coalition in Congress that together with the Administration fully appreciates the need for a secure and resilient domestic Semiconductor supply chain,” says GloFo CEO Tom Caufield, “the time for the Endless Frontier Act is now, and once approved by Congress and signed into law by President Biden, GF stands ready to do our part by expanding in upstate New York and creating many more high-paying American jobs. Our ambitious goal is to double our capacity at this site in the years to come in partnership with our customers, local, state and federal governments. We can do this.”

“GlobalFoundries’ transition of its headquarters to Fab 8 in Malta is further indication of the company’s commitment to growth in New York and to the Empire State’s leadership in the semiconductor industry,” says Senate Majority Leader Chuck Schumer, who successfully passed into law new federal semiconductor manufacturing and R&D incentives in last year’s National Defense Authorization Act (NDAA).  I am now pushing to secure the federal funds necessary to implement programs we passed into law last year to support further expansion of domestic chip production by companies like GlobalFoundries, accelerating even more growth in the semiconductor industry across Upstate New York.”