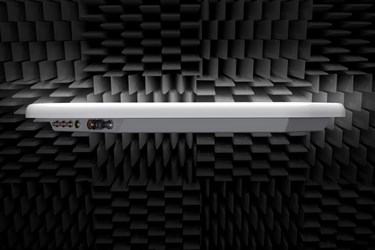 Hanwha Phasor, a designer of what is said to be the first commercial active electronically-steered array (AESA) for satellite communications on the move, has entered into a partnering agreement with Plexus.

Hanwha Phasor’s antenna – an orbit-interoperable, ultra-low profile, high-gain array for satellite communications on the move – is aimed at the enterprise market and will be launched for land and marine applications initially. Releases for inflight connectivity will follow.

Described as a radical departure from traditional parabolic reflectors, its antenna, radome and entire RF chain is encompassed in a flat, solid-state 7 cm (2¾ inch) deep structure and, in turn, it uses less power and generates less heat than conventional arrays because of the inventive way it forms beams (analogue RF at baseband).

Kevin Walsh, Chief Operating Officer, Hanwha Phasor commented, “Reinforced by this partnership with Plexus, we are building the foundations of a formidable operations capability which we will continue to enhance as we progress through product launch to customer support in the field.”

According to Anthony Green, Senior Director Aerospace and Defence – EMEA, Plexus, “Solid-state, flat panel arrays will revolutionise mobile communications in extreme conditions and remote locations. Space and satellite communications is a key growth area in which we have invested for some time, working with major players in the industry on space and ground stations applications for commercial and defence satellite markets.”