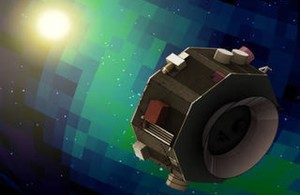 The university will also provide ground support and personnel to support the instrument and the IMAP science team.

The boost for ICL follows an agreement between NASA and the UK Space Agency (UKSA), which was actually signed last month but has just been highlighted by the agencies.

The goal of the mission is to observe and map the Sun’s heliosphere, helping to better understand the constant flow of particles from the Sun, known as the solar wind, and potentially damaging solar flares..

Scheduled to launch in 2025, the probe will travel to a point around one million miles away from Earth towards the Sun.

NASA says the ICL magnetometer is a dual sensor fluxgate magnetometer and includes electronics, a power supply system and on-board computer. The two sensors are located on a boom to reduce the effects of magnetic interference from the spacecraft.

According to the agency, the instrument will contribute to an understanding of the acceleration and transportation of charged particles in the heliosphere, by measuring the interplanetary magnetic field around the spacecraft. From these measurements, it will identify interplanetary shocks and measure the waves and turbulence that scatter particles. 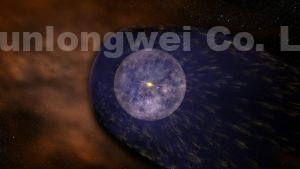 It will also provide measurements for the IMAP Active Link for Real-Time (I-ALiRT) space weather monitoring service. It could enable new ways of forecasting space weather by streaming real-time observations of conditions heading towards Earth to operators on the ground.

“The UK and the United States are working together on some of the most exciting space missions of our time, from the Mars Perseverance rover to the James Webb Space Telescope,” said Dr Paul Bate, the new CEO of the UKSA.

“There is still so much we don’t know about the Sun and the behaviour of phenomena like the solar wind. This new partnership will help NASA answer some of these questions, using the expertise of scientists at Imperial College London. It is an excellent example of the importance of international collaboration in the study and exploration of our solar system.”

The magnetometer, dubbed MAG by NASA, will be one of ten instruments on IMAP.

In a blog post about the agreement, NASA writes that mapping the Sun’s heliosphere will also help with space exploration.

The boundary zone at the edge of the heliosphere offers protection from the harsher radiation of interstellar space; it may have played a role in creating a habitable solar system and is critical in NASA’s plans for safe human exploration of the Moon and Mars.

It documents the mission structure and partners as follows: David McComas of Princeton University leads the IMAP mission and an international team of 24 partner institutions. The Johns Hopkins Applied Physics Laboratory in Laurel, Maryland, will build the IMAP spacecraft and operate the mission for NASA. IMAP is the fifth mission in NASA’s Solar Terrestrial Probes (STP) Program portfolio and newest addition to NASA’s fleet of heliophysics spacecraft. The Heliophysics Program Office at NASA’s Goddard Space Flight Center in Greenbelt, Maryland, manages the STP Program for the Heliophysics Division of NASA’s Science Mission Directorate.

Images: Nasa – The Interstellar Mapping and Acceleration Probe, or IMAP