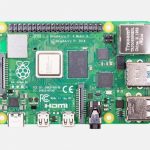 These market-leading SBCs simplify new product development and reduce time to market, allowing OEMs to respond to market trends much faster. The survey also indicates that users of Raspberry Pi are most loyal and less likely to use another SBC than engineers who preferred a different product.

Some 50% of professional engineers surveyed by Farnell use SBCs for industrial and IoT – the most popular SBC applications.

SBCs are being used in all stages of product development and production with 23% of respondents using SBCs for proof of concept and 35 per cent for prototyping. 22% use low-cost SBCs in production units, with around 20 per cent of these products produced in volumes of 5K or more per year, and 20 per cent use for developing test equipment and testing.

The global survey ran from March to May 2021 and received nearly 1,500 responses from professional engineers, designers and makers working on SBC solutions. Two thirds of the respondents (75% ) were professional users and only a quarter were hobbyists or makers (25%). The questions were designed to understand how popular SBCs from some of the world’s leading manufacturers are being used within professional products and projects.

Other key findings from the survey include:

Farnell is a longest standing Raspberry Pi partner and has sold more than 15 million units to date. Farnell stocks the complete range of Raspberry Pi single board computers including the recently launched Raspberry Pi Pico, enabling customers to build a wide range of devices for professional, commercial, education or home use.