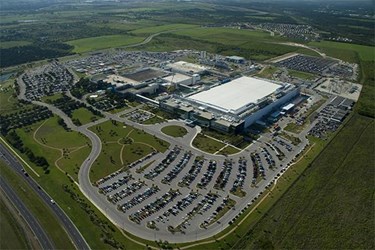 Samsung has said that it will build a $17bn semiconductor factory in Texas. The plant, to be located just outside Austin, will be the company’s biggest US investment and is expected to be operational in 2024.

The news comes at a time of severe chip shortages which have raised serious concerns in the US over national security and the fact that many US companies are dependent on chips produced overseas, particularly in Taiwan, which China has long claimed as its own territory and over which tensions have risen in the past few months.

While shortages, which have impacted a number of sectors, are expected to ease there is growing long-term demand for chips as they are used in more products and, as a result, a growing number of chipmakers are spreading out their manufacturing operations in order to have a more geographically diverse supply chain.

Samsung is one of the world’s largest chipmakers and this latest announcement takes its total investment in the US to $47bn.

The company’s vice-chair, Kinam Kim, said it chose the site based on a number of factors, including government incentives and the “readiness and stability” of local infrastructure.