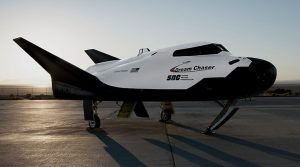 It was, according to the company, the second-largest ever private capital raise in the aerospace and defense sector, globally.

The investment was led by General Atlantic, Coatue and Moore Strategic Ventures, with participation from funds and accounts managed by BlackRock Private Equity Partners and AE Industrial Partners. 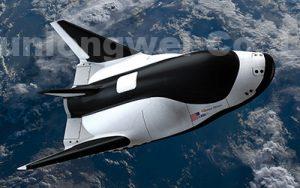 The investment will accelerate development of the company’sDream Chaser Spaceplane and expandable LIFE Commercial Space Station, says Sierra Space. Both of these are planned to be central components of the Orbital Reef commercial space station and mixed-use business park, which is being developed in partnership with Blue Origin.

“We are building the next generation of space transportation systems and in-space infrastructures and destinations that will enable humanity to build and sustain thriving civilizations beyond Earth,” said Tom Vice, CEO of Sierra Space.

“Equally as important, Sierra Space is building the next platform for business. Space provides a unique environment that will enable new breakthroughs in critical areas such as pharmaceuticals, semiconductors, fiber optics and energy that will directly enhance our life on Earth.”

The Dream Chaser Spaceplane, pictured above, is a reusable, multi-mission space utility vehicle, capable of transportation services to and from low-Earth orbit. SNC describes it as the only commercial, lifting-body vehicle capable of a runway landing.

The Dream Chaser Cargo System was selected by NASA to provide cargo delivery and disposal services to the International Space Station (ISS). These are set to begin in late 2022, delivering up to 12,000 pounds of cargo at a time. The return journey from the ISS, says the company, will carry critical data, generated by ISS researcher experiments.

In June 2021 Sierra Space signed a memorandum of understanding with Spaceport Cornwall, England’s horizontal launch Spaceport at Cornwall Airport Newquay. This gave a boost to its hopes to be the UK landing centre for space vehicles, such as the Dream Chaser, which has the ability to land on existing commercial runways worldwide.