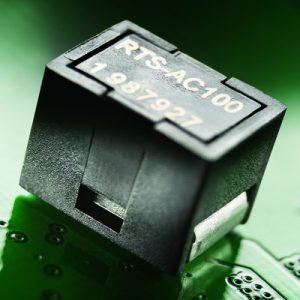 They have been developed to protect power semiconductors from over-heating – particularly from thermal-runaway when the semiconductors are in a confined space. In such an event, the thermal fuse interrupts the circuit, now from as early as 175°C. 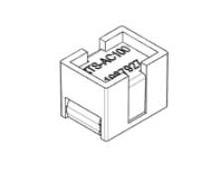 RTS stands for reflowable thermal switch. After reflow, the top of the device needs to be pushed down (left) to activate it. “Prior to mechanical activation, the new thermal fuse can be soldered on conventional reflow soldering machines with profiles up to 260°C, according to the company.

The devices need to be located adjacent to the Semiconductor they are protecting. Maximum nominal current depends on ambient temperature and on surrounding PCB tracks – there are derating curves in the data sheet. Two RTS devices can be paralleled to double maximum derating curve current.

The RTS data sheet is here