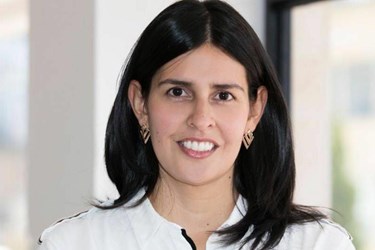 If we have learned anything in the past year, it is the importance of the internet to keep us connected – Internet access is no longer the luxury commodity it was in years gone by, but a necessary component of everyday life.

But as we continue to integrate the internet into more aspects of our lives: working from home, shopping, education and even socializing with friends, demand for broadband is continuously increasing. Thanks to the effects of the COVID-19 pandemic, connectivity became vital to retain a sense of normality in a world of uncertainty; with 300 million participants in June 2020 alone, Zoom calls at home became the new going out, and dining rooms and bedrooms were transformed into offices and classrooms – and that’s without taking into consideration other platforms like Teams, Bluejeans, GoToMeeting and many more.

Adding to this demand is the delivery of internet to rural areas of the world; enhancing digital technology and global proliferation of Wi-Fi access is important for both established and developing economies in order to bridge the digital divide. Access to high quality broadband is essential, and without it – people and communities are at risk of becoming isolated from our increasingly connected world.

What’s more, consumer expectations for the internet connection we are receiving are getting more and more stringent. We expect a fast connection, low latency, and usage on many devices at once – all on a broadband plan that is affordable for us. All-in-all, the global demand for broadband is seemingly insatiable.

With the buzz of 5G promising higher speeds, lower latency, and greater possibilities than ever before, you would be forgiven for thinking broadband connectivity has had its day – but that couldn’t be further from the truth. According to CISCO, half of global internet connections still start or end with a Wi-Fi connection, and research shows that the global Wi-Fi network is continuing to grow exponentially.

In future, 4G and 5G must be supported by high quality Wi-Fi – the cost-effective distribution mechanism of choice for broadband connectivity indoors and at numerous hotspots. 5G networks will work together with Wi-Fi 6, for innovative use cases like virtual and augmented reality.

A 5G smartphone will be able to connect to an AR or VR headset using Wi-Fi 6, allowing them to access a breadth of immersive entertainment, educational, e-Health and industrial applications.

But while the demand for Wi-Fi grows, congestion at the access point level is becoming an issue. Wi-Fi bottlenecks mean that consumers experience reduced speeds, curbing the value of the broadband connection. As such we are at what many see as a pivotal moment for the future of Wi-Fi.

While spectrum is a finite source, restrictions on license-exempt use of the mid-band spectrum creates an artificial spectrum shortage. The amount that is currently available does not offer sufficiently wide channels for the new use cases and industrial IoT applications that Wi-Fi 6 is expected to enable, and that is why Wi-Fi urgently needs more spectrum, according to recent research by the Dynamic Spectrum Alliance and Policy Impact Partners.

Policy makers need to ensure that both licenced and licence-exempt wireless technologies have access to the spectrum they need.

In regions across Europe, the Middle East and Africa (EMEA), where Wi-Fi demand is rising inexorably, there will be a licence-exempt mid-band spectrum shortfall that will directly impact citizens and businesses. Around the world, the average number of people living in one home is currently 4.9 people, but in areas such as sub-Saharan Africa, this number can be considerably higher, with an average of 6.9 people.

Assuming that within a household, most members share the same Wi-Fi access point, the network can become congested.

The reason for this congestion is because access to licence-exempt mid-band spectrum is scarce: as things stand, there is only 455 MHz (5150-5350 MHz and 5470-5725 MHz) of mid-band spectrum available for licence-exempt use in Europe, the Middle East, and Africa. In fact, since the World Radiocommunication Conference in 2003 no new mid-band spectrum has been made available for Wi-Fi despite the exponential growth in the data traffic. By 2025, there is expected to be a shortfall of up to 1.6 GHz in Europe alone, according to a study by Quotient.

In other nations such as the US and Canada, there is an additional 125 MHz available in the 5 GHz band. However, since the licence-exempt spectrum in the 5 GHz band is fragmented, it doesn’t offer sufficiently wide channels for newer applications and services, such as high-resolution AR and VR.

Leading telecoms operators have acknowledged the need for more spectrum. JR Wilson, VP of Tower Strategy & Roaming at AT&T said: “Many believe that if Wi-Fi 6 is to reach its full potential, there is need for additional unlicensed spectrum. Wi-Fi 6 will enable new use cases for industrial IoT, smart homes and support for high-density deployments, to name a few, but access to wider channels is needed to support these new use cases.”

The 6 GHz band (5925-7125 MHz) is well suited to bridging the gap, and greatly enhancing the impact of next generation Wi-Fi. As well as supporting existing indoor connectivity, it will enable the emergence of a new generation of advanced applications and services based on the Wi-Fi 6 standard, supporting demanding personal area network applications and data transfer.

It will also open the door to a number of industrial opportunities, as manufacturing plants continue to automate their activities, using Wi-Fi to monitor and remotely control machinery.

The 6 GHz band already has a co-primary mobile allocation in the ITU Radio Regulations, meaning it can be used by IMT and other wireless connectivity services so international action is not required. That means administrations can immediately open up the band. In EMEA, technical studies have shown that WAS/RLANs can operate in the lower 6 GHz band without adversely affecting incumbent users’ operations, therefore immediate opening should be feasible.

The US and Brazil have recently adopted a decision to open up 1,200 MHz of spectrum in the 6 GHz band, in order to meet the growing demand for licence-exempt spectrum. The UK has also made the decision to make the lower 6 GHz band available for Wi-Fi and other RLAN technologies. More jurisdictions in Europe and in countries such as Canada, Colombia, Costa Rica, Honduras, Peru, Argentina, Saudi Arabia, Jordan and Mexico are also working towards making all or part of the 6 GHz band available for Wi-Fi use and have ran or are running public consultations on opening up the 6 GHz band to licence exempt technologies.

The FCC noted that its decision in the US would promote more efficient and productive use of the spectrum, by enabling wide usage including several 160 MHz and 320 MHz channels. Looking forwards, it says that eventually 320 MHz is absolutely necessary to be made available under Wi-fi 7 in order to obtain unlicenced 5G-like capabilities. It also added that in sum, the move to open up spectrum in the 6 GHz band will allow 5G to happen faster and more widely.